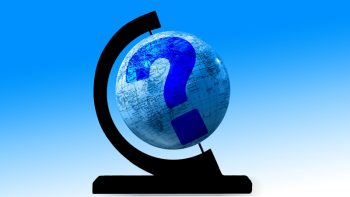 It's the hottest country on social media right now, going viral on Twitter, but I hope our beloved Open Jaw readers - who have their world geography down pat - would catch themselves before ever trying to book a client on a trip there.

But that's not stopping this imaginary travel destination from taking over Twitter. The moniker #Listenbourg has even spread to TikTok, where it's garnered over 75 milion views and "countless videos" says one report, dedicated to a place where, as the old saying goes, "you can't get there from here."

This bizarre Lala-land - or should we say, Lili-Land - apparently made its imaginary appearance on the 'global' scene following a tweet in French by a user @gaspardooo, who shared a photoshopped image of a "country" apparently in Europe on 30OCT, according to Know Your Meme, the meme database.

The tweet translates to: "I’m sure Americans don’t even know the name of this country." It's been 'liked' over a hundred thousands times.

But in this case, you can't blame the American educational system. The arrow pointing out the location of  "Listenbourg" actually points out a spot that's about on the northern, coastal border between Spain and Portugal.

If @gaspardooo is joking, they aren't letting on. In their Twitter bio, they name themselves as the president of Listenbourg.

And the social media universe has taken up the Listenbourg cause, creating a "rich history, a national flag and an anthem," and even named former leaders of the 'unreal' destination, according to NBCNews.

In just weeks, the lore around the non-destination has grown to the point that some online users are even “trying to claim it’s real,” according to Know Your Meme.

Of course, Open Jaw readers know they are just some 'alternate facts' to trip up unwary aspiring travellers.

So if someone calls up your agency looking to book a trip to "Listenbourg," you'll know to look for the hidden cameras and not get 'punk'd.'