One small step for man, one giant leap for the Canadian airline industry.

Coincidentally announced on 01APR, WestJet says it’s taking its services to the last frontier of space with “WestJet-X.”

Announced on social media and YouTube, WestJet-X is now available for bookings with prices that are also “out of this world.”

“With options like aisle seats and one-way tickets, we’ve cut the cost of spaceflight in half,” WestJet declared.

Instead of paying $1 million for a trip to the cosmos with the likes of Jeff Bezos or Elon Musk, WestJet-X passengers can instead pay the low, low price of CAD $500,000. See? Space flight doesn’t need to just be for astronauts or billionaires. Isn’t that less than the price of a downtown Toronto condo these days?

WestJet-X’s spacecraft is designed for passengers comfort and safety, and to not like a…nother type of object that begins with a “P,” à la Blue Origin.

WestJet assures us that the new spacecraft is more “aerodynamically-er” designed with pressurized cabins for breathability and comfort.

How to spend your time inflight in space? Onboard offerings include complimentary soft drinks and pretzels, as well as its inflight entertainment system of WestJet Connect, featuring “Planet of the Apes.” Cuz you wouldn’t be spending your time looking out the windows or taking selfies for Instagram or anything.

To celebrate the “launch” of the new, super-galactic endeavour, WestJet announced astronomical savings on all flights until 04APR, whether they’re within our galaxy or beyond.

Savings are applicable for travel between 20APR and 31OCT 2022. Until 04APR, WestJet Vacations is also offering reduced prices on packages.

That part’s no joke. 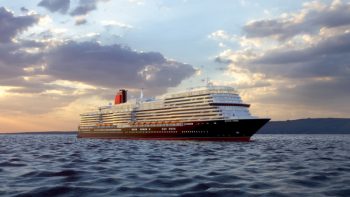