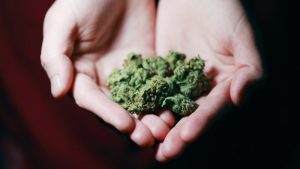 CBD users may soon be routing their trips to B.C. through YXS. That’s because the Prince George Airport is set to be the first in the world with cannabis retail.

Local news reports the airport has announced a partnership - the first of its kind anywhere - with Copilot, a company whose business is bringing cannabis retail to airports.

Company spokesperson, Owen Ritz, said, “We think that Prince George is the perfect location for our first store, but also for the first cannabis store at any airport worldwide.”

If you’re picturing a regulatory can of worms, you’re not alone, but the response so far has been pretty… mellow.

Gord Duke, with the Prince George Airport Authority, said that stakeholders, Transport Canada and Nav Canada have given their input about this ‘joint’ initiative.

“We just feel it’s a good fit for this airport and our region right now.”  Copilot is currently applying for provincial and local government approval.

The company and airport officials are considering a couple of different models for the groundbreaking enterprise. It could be something like a usual airport duty free store, where you buy your product and take it out.

Or it could be a ‘consume in’ scenario like an airport bar  - or coffee shop, to use the Amsterdam reference.

And they say it will be located before pax go through security, which would make it accessible to the wider community.

But the cannabis store in this B.C. airport is not going to be a Weed Wild West. Identification will be checked as per provincial regulations, there will be restrictions on airport and airline staff purchases, and boarding passes will be checked to verify no one is trying to take their cannabis and fly internationally.

The airport will remain a smoke-free environment “with the exception of designated smoking areas, and we are looking at designating a separate cannabis area for combustible consumption,” said Duke.

No word on how many fast-food joints plan to set up shop in YXS to serve the airport visitors with the munchies from ‘flying high’ at this new airport retail concept.