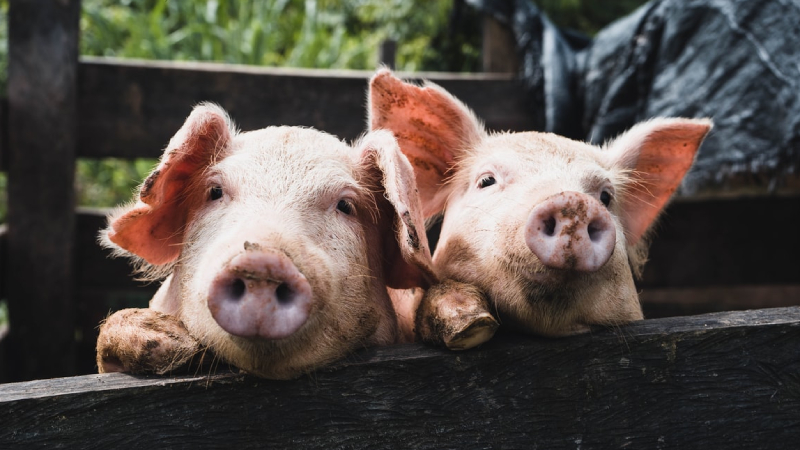 Amsterdam’s Schiphol Airport has a problem - and a very unique solution that’s turned into a porker of a story.

At one of Europe’s busiest airports, a gaggle of geese has overrun the runways, holding flights hostage to their hostile takeover.

The ‘fowl’ play at Schiphol Airport is understandable, according to local media. The airport sits on 10 square miles of reclaimed land that lies below sea level, resulting in frequent standing water and a habitat which seems too good for waterfowl to pass up.

Unfortunately, planes and geese cannot peacefully co-exist. And due to its unique curb appeal to geese, Schiphol has an unusually big problem with bird strikes- especially since the geese are not only aggressively territorial, but so well-fed that their ample size poses a major threat to jet engines.

Conventional and even innovative goose control efforts are already in place: 20 ‘bird controllers’ who patrol with radar-equipped vehicles called ‘lapwings’ provide real-time information to air traffic control. And the airport has even turned to scare tactics. Green lasers (which are apparently like kryptonite to the ‘fowl’ enemies of jet flight), the planting of indigestible grasses to reduce the buffet appeal of the area, nets, gas cannons, inflatable scarecrows... regrettably, even culling has happened: 7000 geese were rounded up and killed in one year alone.

Now, airport officials have sent up the bat signal for a new group of superheroes to rid Schiphol of its marauding geese.

A company called Extraordinary Pigs has been contracted to bring their herd of pigs to the rescue.

Twenty of these porcine protectors have been unleashed on the same lush ground the avian infiltrators have been occupying. For six weeks, snout patrol will compete for the same food the geese love - and pigs cannot be defeated by a gaggle of cranky geese. The idea is that the pigs will eat their fill and there will be nothing left for the geese, who will quickly pull up stakes and move on.

When pigs fly, you say?

Well, if the League of ‘Extraordinary Pigs’ is successful, the fowl threat to Schiphol will be alleviated, and once more, jets will be able to take to the skies over Amsterdam unhindered.

Just another day in the life of our unsung, porcine heroes.