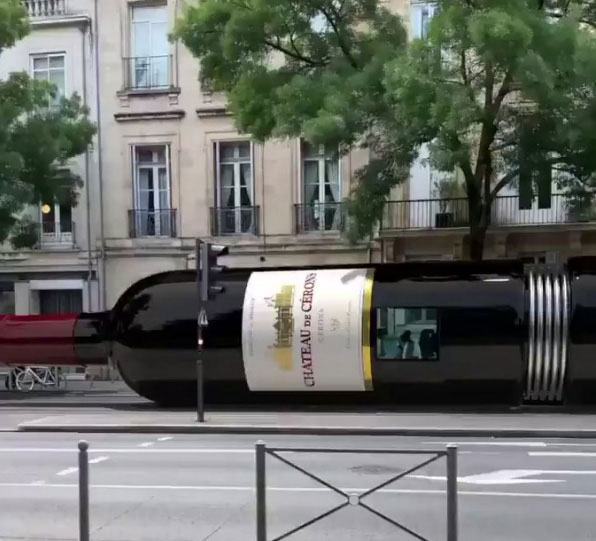 Are you rubbing your eyes and looking twice at this picture?

It looks like France’s eponymous wine city has a gigantic, wine bottle-shaped new tram.  And if they can have one, why can’t we?

As is so often on the internet, the truth requires some digging.

Open Jaw did a little reading between the ‘wines’ and discovered that the video, which – naturellement, went viral – turns out to be ‘fake news.’ Well, sort of. More like a digital art experiment.

The video is by an American graphic artist based in France. Ian Padgham uses his camera and smartphone to create animations that come to life, thanks to his mastery of software.

But because it just looks so real, his wine tram video raised doubts among people all over the internet – so much so that Transports Bordeaux Metropole (TBM), the city’s transit service, had to intervene on Twitter to humorously deny the existence of such a train, stressing that something of the sort would be completely impractical to operate and no, a wine bottle-shaped tramcar was not replacing their standard, dark blue city trams.

“There are some doubts among you that we might as well express: No, there is no tram bottle circulating in Bordeaux. You’ll have to retire to a terrace,” reads the tweet.

Too bad – it would have been a sight to see in a city that is so well known for its wine!

And it might not be so crazy after all. Bordeaux’s ‘City of Wine’ centre (image below) is a masterpiece of modern architecture – shaped like a wine decanter. And it’s quite real! 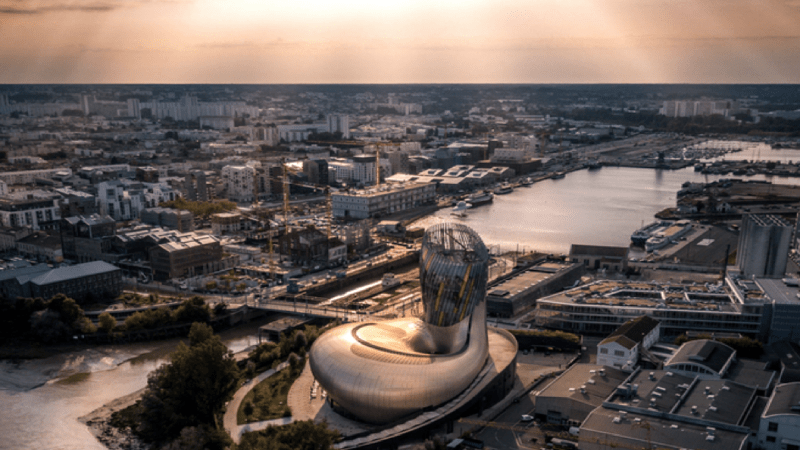 The artist who created the wine bottle/tram gag used to be Twitter’s video producer, but now Padgham runs his own company called Origiful, through which he creates communication videos, particularly for big brands such as Disney, Nike, Sony and even leading sports teams. To date, he has created over 500 videos, constantly reinventing the art of communication.

Who knows what video trompe l’oeil he’ll fool us with next?