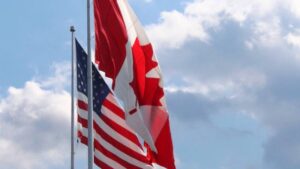 Reuters is reporting that the American government has told Ottawa that U.S. restrictions at the border with Canada are likely to be extended on 22JUL.

This comes one day after Canada announced that fully vaccinated Americans would be eligible to come to Canada for non-essential travel beginning 09AUG without having to undergo quarantines.

The current, mutual border restrictions against non-essential travel between Canada and the U.S. are due to expire Wednesday, 21JUL. Throughout the pandemic, those restrictions had been renewed by mutual agreement between the two countries on a monthly basis.

They Never Said the Border was Re-opening

Some media outlets reported Monday’s news as a border re-opening. But Open Jaw noted that Canada’s new initiative made it possible that Canadian border rules might be lifted before Americans lift their own border restrictions, as no mutual border re-opening had been scheduled.

During Monday’s news conference, Bill Blair, Minister of Public Safety and Emergency Preparedness of Canada in fact made it clear that the U.S., “has not yet announced a reciprocal opening of its border at this time.”

For months, pressure has been building on both sides of the border to create a path for re-opening, with experts suggesting Canada and the U.S. could find themselves in an ‘asymmetrical’ border opening.

But no one expected it to be Canada making the first move.

Some American lawmakers in recent weeks have been writing official letters to the governments of both countries, and even demanding that U.S. President Joe Biden open the American border to Canadians unilaterally, regardless of whether Canada would do the same.

Now, the pressure may increase on American authorities even more.

And even if the U.S. does extend border restrictions with Canada once the current restrictions expire on 21JUL, it may not mean they will keep the border closed for another full month.

By the time 09AUG rolls around, the two countries may become aligned in an approach to our mutual border once again.